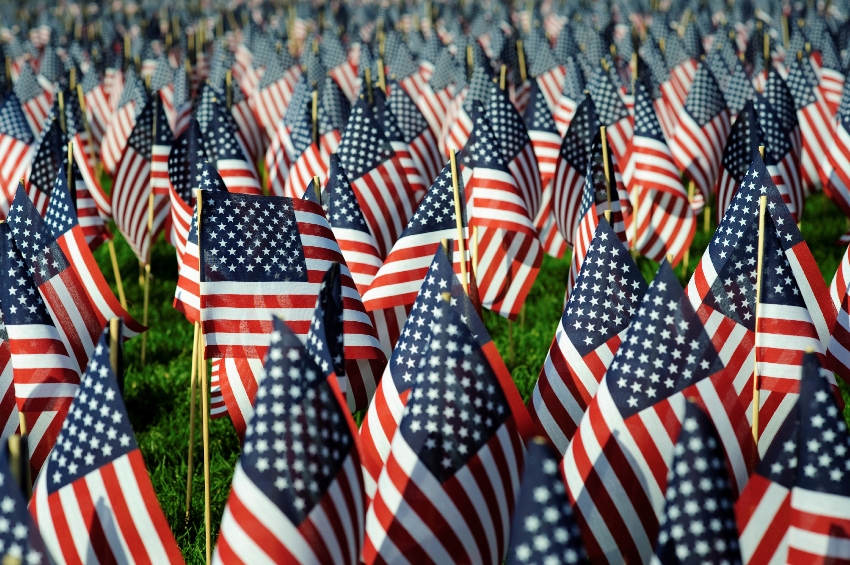 For many of us at Paramount Freight Systems, Veterans Day serves as a chance to take a moment and thank those Veterans who work here at PFS. We also like to take a moment to think about the true meaning of Veterans’ Day: honoring the men and women who’ve served in America’s military service over the centuries. Here are just a few of the many courageous soldiers who deserve special recognition in our book.

During World War II, a group of young African-Americans known as the Tuskegee Airmen gained acclaim as the first black Americans to serve as U.S. military pilots. Though segregation was still in full force at the time, 994 brave men stepped up to the challenge of defending America from the Axis troops between 1942 and 1946. Two years ago, the group’s survivors and widows were honored with a Congressional Gold Medal for their wartime service to their country. The Tuskegee Airmen did not only break the mold when it came to wartime pilots, they paved the way for other minority populations as well.

Most of us know that Senator John McCain spent five and a half years as a prisoner of war at the “Hanoi Hilton” in Vietnam – but are you familiar with his former cell mate?

If not, you should be: George Everett “Bud” Day is “the toughest man I have ever known,” McCain once claimed. “He had an unwavering and unshakeable sense of honor that made him able to withstand physical and mental pressures of an enormous degree.” Day spent more than seven years in Vietnamese prison camps, most of it in solitary confinement, and, though he was later recaptured, he was the only American POW to escape North Vietnam for South Vietnam – an incredible feat that earned him a Congressional Medal of Honor.

Despite being tortured and starved throughout his imprisonment, Day refused to give his captors any information that might harm his fellow soldiers. Upon his eventual release, he returned to military service, and still believes in its rewards, despite everything he’s been through. “You have the greatest job given to you as a young man: to serve your country,” Day tells young members of today’s military. “It’s the single best calling for a young person.”

Some people claim that the front lines of a war zone are no place for a woman – but they obviously don’t know Pfc. Monica Brown, an 18-year-old medic who repeatedly risked her life during a Taliban attack in Afghanistan to shield and provide medical treatment to fellow soldiers who’d been wounded by mortar fire, and was rewarded with a Silver Star for her courageous actions.

Merlin German was a young, handsome 18-year-old in the prime of his life when he enlisted in the Marine Corps in 2003. He soon gained a reputation as an outstanding leader, and became a Sergeant the following year. In Iraq, he and his fellow officers were entrusted with transporting cargo and prisoners, and were responsible for spotting improvised explosive devices (IED) on the dangerous roads they traveled.

During his first six months of active duty, Sgt. German helped discover 8 IEDs without incident – but on February 21st, 2005, disaster struck: an IED went off near their Hummer, and Sgt. German was covered in flames.

Sgt. German wasn’t expected to survive the incident, but, with help from his fellow Marines, he was rushed to a hospital for emergency treatment. Over the next three years, the injured Marine bravely withstood more than 100 surgeries, and always had a smile or joke to share with his many visitors. He became known as “the Miracle Man.” After months of agonizing therapy, he learned to walk again, defying everyone’s expectations.

Sadly, Sgt. German passed away in 2008, after a skin-reconstruction operation took too high a toll on his fragile body. But before his death, he established a foundation called Merlin’s Miracles, a nonprofit that provides grants to the families of children who are burn victims, to assist them with taking vacations and doing other things they enjoyed. Thanks to his strength and generosity, many children will finally have a second chance at a normal life – a miracle, indeed.

Paramount Freight Systems thanks to not only these, but the millions of other brave individuals who have served their country. Whether in battle or in peace, at home or abroad, we are thankful for the service of men and women who are ready to stand and defend our nation. Paramount is honored to have veterans in our fleet of Owner Operators and Lease Purchasers. We salute them for their service.